7th Ave. and McDowell: The Gateway to Downtown Phoenix

The intersection of 7th Avenue and McDowell has long been overlooked. Before SideBar, Pei Wei and Starbucks moved onto the southwest corner of the intersection, it was an all-but-forgotten red light stop — abandoned antique shops, boarded storefronts and a gas station.

So many ventures have come and gone on the corner that even the real estate boom of the early 2000s couldn’t lift it out of its hole.

But, things are turning around. 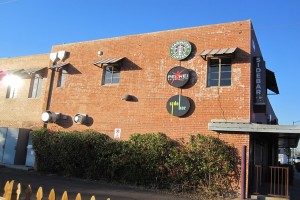 Whether or not you’re ready to admit it, the corner is quietly becoming an important gateway to Downtown from Midtown neighborhoods and points west.

Those invested in the corner couldn’t agree more.

“There are great neighborhoods around it — they’re diverse; they’ve been here forever,” says Josh Parry, co-owner of SideBar, which just celebrated its first anniversary. “We’ve got walk-up traffic and a really diverse group of people. This corner has amazing potential. It’s got everything going for it, but it’s just been ignored by everyone for so long.”

Mike Hogarty, a partner at Desert Viking, the development company rehabbing the southeast corner of the intersection, concurs.

When renovated, this building will be divided into seven different retail suites.

Hogarty and his team are currently finishing up plans to completely renovate the property. The old storefront has been a mess for decades now, but he envisions hustle and bustle not too far in the future.

“We think that corner would respond well to some high-volume, high-impact restaurants matched with quality retail and neighborhood services,” he says. “The key is making it a meaningful and better-balanced location.”

The building will be divided up into seven suites, the front area will be landscaped, an outdoor dining area will be added and parking lot improvements will be made. It will look like an entirely different corner when completed.

Smashburger, a Denver-based burger concept set to rapidly expand around the Valley, will be occupying part of the space, though representatives say they won’t start work on the unit until at least September 2010. The rest of the space hasn’t been announced at the time of writing. 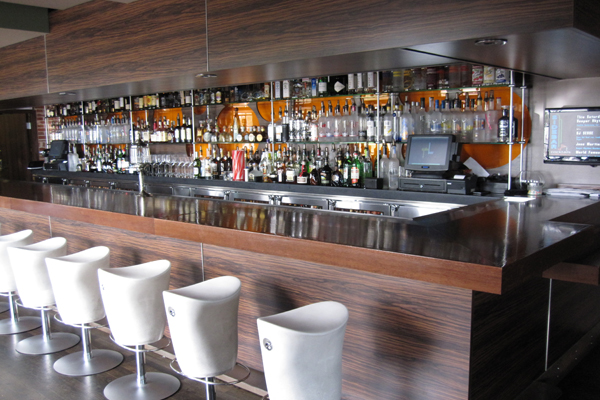 SideBar's modern lounge vibe is a far cry from what the space looked like when Josh Parry and his business partner took it over.

Parry, meanwhile, isn’t surprised at the attention the corner is receiving. Though he’s a native of Phoenix, he spent a chunk of his life in LA. He and his business partner, who owns two successful bars in LA, wanted to open a bar in Phoenix for years. But, even he wasn’t prepared for the difficulty they would face trying to open SideBar.

“The concept that we had was, let’s go find an existing bar, a dive or lounge on its last legs, spruce it up and turn it into a really cool urban lounge,” Parry recalls. “That was the dream from the get-go.

“I found like, eight different liquor licenses in Downtown,” he continues. “For what we wanted to do, there’s really only two places that it could work: Downtown and Scottsdale. I wanted Downtown because I like the diversity and character that people here bring.”

Parry was always interested in the property on the southwest corner of 7th Avenue and McDowell, though not the space he ended up in. But, the big, bad corporations won out in the end.

“I knew this building was where I wanted to be; this was my first choice,” Parry says. “I didn’t think I was going to be upstairs; I thought I was getting [the former] Emerald Lounge downstairs. We didn’t know Pei Wei and Starbucks had already taken over the whole Emerald Lounge space. So, I asked what was upstairs.”

Parry goes on to list the plethora of previous uses for the upstairs space: an art studio at one point, a ballet studio at another, a photography studio for a while and even a space for housing A/C equipment for sale.

“I sent my business partner pictures of the building,” Parry remembers. “It was as derelict as a building could be. But, the dream was there.”

If Parry and his partner wanted the space — despite not knowing if they could even transfer the liquor license — they had to pour tons of money into the building for necessary changes before Pei Wei moved in underneath.

It’s this conundrum that faces Parry and the surrounding neighborhoods: How to fit unique, local businesses that will thrive in the area with the inevitable influx of chains. Despite admitting that anything that moves onto the corner is good for his business, Parry can’t help but root for local business.

“What’s moving onto this corner is chains, from what I hear,” he says. “I would rather see upscale mom-and-pops, but it’s hard in Phoenix. Phoenix is not a seven-day town. It’s not people’s fault; we’re a real 9-to-5 town. But, I’ve made a point to make SideBar seven days [a week] till 2 a.m.”

When SideBar was looking at the site on this corner, My Florist Café, on the northeast corner, was quietly scraping along, thanks to a lunch crowd that was desperate for spots along McDowell. My Florist has since fostered a strong happy hour crowd and a growing weekend brunch business.

The western end of the My Florist building, which butts up to the corner, will eventually house much more retail. Pita Jungle looked long and hard at the space before deciding to move into the Gold Spot building on 3rd Avenue and Roosevelt Street. Revolver Records also considered it before settling on its new Roosevelt Street digs. It seems the price of heavy McDowell traffic may be ruling out local businesses.

Parry has toyed with the idea of opening another concept, and he wouldn’t think twice about putting it on the same corner. The difficulty is simply finding the means to move forward with it. Yet, despite all the hardships of opening in a dumpy economic period, he remains happy about the progress.

“We’ve done very little PR on our own, yet we have this amazing buzz going,” he says. “People know us even if they’ve never been here. That’s weird for a little bar on the end of Downtown. Amazing.”