Rocky Votolato is Coming to a Living Room Near You

During the rise of various punk and hardcore bands in the ’80s and ’90s, the living room show was commonplace. There was no facility rental fee, no need to find a place to stay and usually free food and drink was involved.

Perhaps then it’s a bit funny that a 30-something folk singer — who coincidentally has deep roots in the punk scene of the Northwest — would attempt that very thing, but in a time when venues across the country are struggling along and music Downtown is supposedly “ovah,” it may just be a perfect fit. In one of the most ambitious, original and risky tours of the year, acoustic crooner Rocky Votolato will be playing in a living room in Downtown Phoenix. And, he’ll be playing one in Gilbert. And, many others all over America. He rolls into Phoenix on Tuesday, October 27. 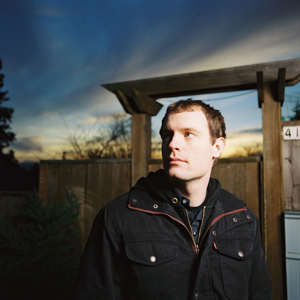 It turns out that the tour is sort of a far-flung idea one of Votolato’s close friends, fellow Seattle musician David Bazan, had a while back.

“I just wanted to do some low-profile shows to play some songs from my new record that will be coming out early next year,” Votolato says. Since the record won’t be out till then, this is a good way for me to get comfortable playing the new songs and also get back in touch with the fans that really care about my music and what I’m doing. I haven’t been touring much for several years, and I really liked the idea of playing for very small audiences.”

Votolato took the idea and ran with it, enlisting a ticketing agency and soliciting help from people all over the country. Local concert promoter “Psyko” Steve Chilton, who has been booking Votolato in the Valley since 2001, was eager to help.

“It is a really neat concept,” Chilton says of the tour. “I am all about doing anything different and cool. His agent reached out to ask me to help spread the word that they were looking for a house in Phoenix. He wasn’t even asking me to host it, just let people know they were doing it. I just asked if I could host it — it was really simple.”

Though there’s no venue overhead and Votolato is sometimes playing multiple dates in a metro area, this isn’t a money maker for him.

“Compared to a regular club tour, I’m making a lot less money on these trips after expenses because of the limited number of tickets,” Votolato says. “But, I still wanted to do this to try and get back in touch with why I started playing music in the first place, and to give my fans a chance to have a more personal experience.”

“These shows create a really intimate environment that is ideal for playing acoustic songs,” Votolato says. “I’m not even using a PA, so it’s super organic.”

But, it’s a bit more involved than simply finding the first bidder to offer up his or her house. Votolato and his team arduously picked through photos of houses, streets and living rooms to find the best fit in each city. It turns out Chilton’s house in the Garfield district ended up working well, especially considering Votolato has performed a handful of times down the street at Modified Arts.

“There was no hesitation to let an old friend come over and play,” Chilton says.

As for Votolato, there are no regrets in undertaking a trek like this. He’ll be back touring traditional venues and bars next year, but this laid back experience has been joyous.

“I’m really grateful to each of  the very gracious people volunteering their homes for the evening,” Votolato remarks. “My impression has been that all the hosts and all the fans that have come to these shows have had a great time so far.”

Rocky Votolato will be playing in Downtown Phoenix on Tuesday, October 27. For ticketing information, click here.