Well, it opened early. Sort of.

A week ahead of its latest opening date extension, last night (Friday, September 4) welcomed the addition of Uptown’s biggest dining anticipation in quite some time: St. Francis. Named after the eponymous residential neighborhood the restaurant borders directly to its south, St. Francis quietly opened its doors to humble fanfare. No splash, no glitterati, just come in and eat.

The restaurant itself sets up residence in a circa-1950s office building designed by architect Harold Eckman. Though completely transformed inside and out, the revamped, slick new structure still retains critical hints of its original, mid-century charms.

St. Francis presents an interior well designed, modern and warm. Exposed (original?) brick walls exist throughout, seemingly unfussed, accented by strategic uplighting that brightens as nighttime approaches. The kitchen, though not unnecessarily exposed, is open, bright and efficiently located near the main entrance of the restaurant — providing an attractive bookend to diners’ experiences, entering and exiting. It displays a bustling kitchen brimming with sights, aromas and the controlled, hurried pace of a well-run operation.

The main dining room is anchored by a long bar, fit equally for drinking or dining. Immediately behind the bar exists the restaurant’s trophy design feature: a towering, glass, two-level, garage-like door intended to be rolled up during Phoenix’s more agreeable weather months. Outside, an expansive, walled-in, gravel patio area presents itself for future usage as both an extension of the bar area, as well as outdoor dining, once the hotter weather subsides.

Toward the rear of the main dining room is a staircase ascending to a second-level dining space. Though not open to patrons as of last night, the vaulted area floats over diners below like a balcony, trimmed with exposed wooden beams. The views alone from atop this space will guarantee it prime chow real estate when completely utilized. In addition to said views of dining hubbub below, vistas of area mountains exist in plain sight during daylight hours, with streaking lights of traffic, along a heavily traversed Camelback Road below, coming into play as the evening descends.

In theme with a subdued opening, St. Francis is presenting a paired-down menu at the moment. It’s a menu that we are told will soon grow to full presentation in the days and weeks to come. For a brand-new restaurant of this caliber (with such promised expectations), it is a very positive sign of their intentions to get things correct the first time.

Foodwise, the main thread of St. Francis is solid American food with a rustic French sensibility, much of it prepared entirely in a wood-fired brick oven. Besides the more relaxed, even cooking the wood-burning method translates to, it also brings an added dimension of flavor to its respective dishes.

Main entrées listed on the opening, interim menu include a pepper-crusted flat iron steak ($20), roasted pork chop with fresh corn polenta and a piquant whole-grain mustard sauce ($19), a roast chicken served with tomato, hummus and a cucumber salad ($17), as well as an intended house specialty, their take on a classic bouillabaisse, a hearty seafood stew with aromatic vegetables ($20).

Appetizers include a sweet corn chowder ($6), baked goat cheese with a walnut pesto ($8) and a pile of crispy fingerling potatoes with lemon aioli for dunking ($6). An equally brief trifecta of salad offerings round out the starters — romaine hearts and summer vegetables tossed in a salty, tangy buttermilk dressing ($8); a forbidden “rice bowl,” with varied vegetables in a lemon soy dressing ($15); and a meal-sized wild salmon salad with beets, celery, herbs and crushed potatoes ($18).

For the dessert minded, there is a summer fruit trifle ($7), warm “sticky” toffee pudding with gelato ($8) and strawberry meringues adorned with a finely aged balsamic ($7).

Located where Midtown meets Uptown, St. Francis is at the cusp of a new upscale dining wave engulfing all corners of Central Phoenix. Serving well-intentioned, well-prepared eats in an atmosphere neither cloyingly modern or overtly pretentious, St. Francis seems like a restaurant both meant to exist in urban Phoenix, as well become a premier local bellwether of things yet to come in the world of intelligent upscale dining. 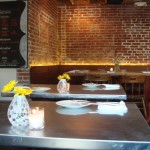 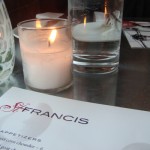 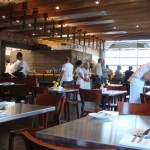 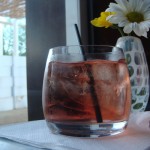 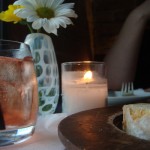 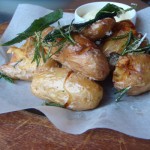 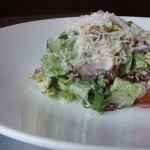 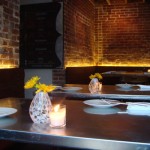 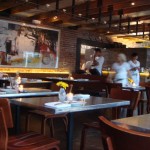 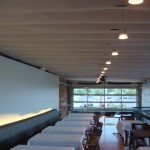 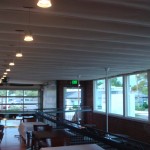 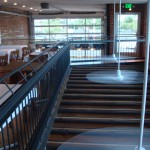 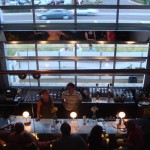 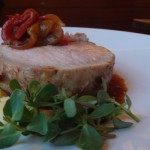 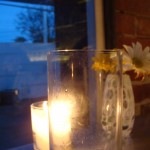 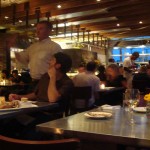 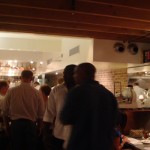 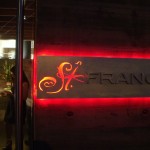 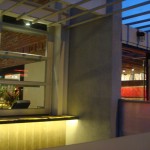 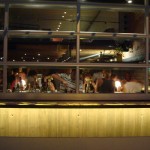 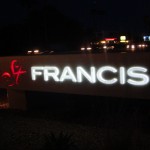