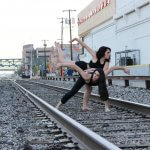 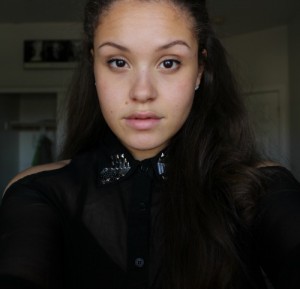 Hidden behind Talking Stick Resort Arena, sandwiched between the downtown Phoenix urban core and the Warehouse District, lie the railroad tracks on Jackson and 1st. The tracks carve up the city like veins pumping needed cargo to the heart of Phoenix and outward to all the surrounding neurons that make this great city run. Often forgotten (until you get lost on downtown’s one-ways,) the train tracks are an ever-present structure that shapes the city even if we don’t always acknowledge it.

The silence of the tracks in the early Sunday morning air gives one the thought of direction, where the roads can or will take you. Dancers Johanna Hayes and Nicky Shindler moved gracefully among the graveled floor and deeply grooved steel as though these train tracks are guiding them to find purpose within their movement. This is the beauty of the old living within the new, it provides a reminder of our journey within our own lives and within this city.