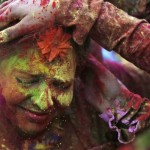 Celebration Also Marks the Beginning of Arts and Humanities Month

The city of Phoenix marks the 30th anniversary of the Phoenix Arts and Culture Commission with a FREE celebration of arts and culture in downtown Phoenix on Oct. 3. The PHX Arts and Culture @ 30 Years Celebration will take place from 10 a.m. to 4 p.m. at the Phoenix Convention Center, Herberger Theater and on Monroe Street between Second and Third Streets in downtown Phoenix. Nearly 100 Phoenix-based organizations will participate through music, dance and theater performances, art-making demonstrations, presentations, and public art tours. Councilwoman Laura Pastor, Chair of the City of Phoenix Parks, Arts, Transparency and Education subcommittee said, “We’re excited to showcase so many of our arts and culture organizations through this 30th Anniversary event.  This is a great opportunity to celebrate the exciting growth of the Phoenix arts and culture sector over the past 30 years.  The arts play such a critical role in building the community we all want.”

According to Phoenix Office of Arts and Culture Executive Director Gail Browne, “We are especially pleased to be celebrating the 30th Anniversary of the Arts and Culture Commission at the beginning of Arts and Humanities Month. This is also a time of year when many cultural organizations begin their annual season of events. Through our October 3 festivities we want to invite our residents to celebrate and promote the arts while participating in the diverse cultural activities available in our city.”

For a full schedule of events and timeline, please visit phoenix.gov/arts/celebrate. Highlights include the following:

Downtown public art tours, including the works at the Phoenix Convention Center, will be led by the Phoenix Office of Arts and Culture Public Art team.   The tour will include installations such as “Art is the Guaranty of Sanity” by Louise Bourgeois, “Social Invertebrates” by Tom Otterness and others.

Mayor Greg Stanton will announce the nominees for the fourth annual Mayor’s Arts Awards from the main stage at 12:30 p.m.

THE PHOENIX CONVENTION CENTER ARCADE (off Monroe Street), the following groups will perform from 11 a.m. to 4 p.m.:

ART MAKING DEMONSTRATIONS AND HANDS-ON ACTIVITIES IN THE HERBERGER PLAZA:

PHX Arts and Culture @ 30 Years is sponsored by the Phoenix Office of Arts and Culture, the Arizona Commission on the Arts, Reimagine Phoenix, City of Phoenix Water Services Department, Phoenix Sky Harbor Airport, the Phoenix Convention Center and Venues, and Downtown Phoenix, Inc.

For parking and other information, please visit phoenix.gov/arts/celebrate.