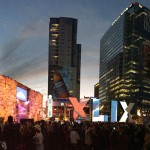 Phoenicians have enjoyed a considerable sense of accomplishment following the successful staging of the 2015 Super Bowl festivities, and rightly so. Regardless of one’s enthusiasm for “The Game” or the deep commercialization surrounding the entire spectacle, it was nevertheless heartening to see the historic and geographic center of the region—downtown Phoenix—selected as the premier site of the weeklong celebration. Using the signature location in the host city as the backdrop for such activities seems obvious (note the role of Times Square for the previous Super Bowl, even though the game was played in another state). However, identifying that location in the Valley has been complicated. With the football stadiums in either Tempe or Glendale and the tourist friendly profile of Scottsdale at the ready, Phoenix was typically an after thought. Not this time.

This is not to suggest the city was ready for prime time without some make-up. In fact, to achieve the desired level of visual density, and accommodations for the influx of visitors, a virtual city was installed in, around, and on the existing urban core. The positioning of each and every element (vendors, generators, restrooms, and, of course, signage,) was done with military-like precision, all calculated to achieve maximum vibrancy and ROI.

This exercise demonstrated that downtown Phoenix, like all great city centers, is never complete. The recent invasion of pavilions, stages, lighting, and sound was instructive as it demonstrated the potential civic capacity of the city.  This also requires a different understanding of scale and creativity than has been our building mode over the past few decades. The challenge, of course, is to incorporate more expectation and engagement into our permanent structures.

While it may be counter intuitive, mature cities are in a continual state of reinvention. One often hears of regions of the Valley being “built out” as developers look for new opportunities. The reality is that our most urbanized districts are the best locations for new additions and purposeful juxtapositions. Such complexity is the hallmark of the cities we all choose to visit. This is also the lesson we should take away from Super Bowl “city.”