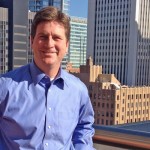 “Young people want to live in a more urbanized environment”

Recently, we sat down with Mayor Greg Stanton to reflect on the progress downtown stakeholders have made over the last year toward creating the vibrant urban core that we all want. We covered so much ground with the Mayor that we broke our conversation into two parts. The first part focused on the success we’ve had in bringing a wide-range of downtown stakeholders together to increase events and opportunities for people to experience our city center. This second part of the conversation focuses on why a vibrant downtown is essential for a healthy city. Mayor Stanton has two young children, Trevor, aged seven, and Violet, aged four. So, we asked this Phoenix native to cast his vision forward 20 years and describe the kind of city he hopes they can experience, and hopefully, choose to live in as adults. He paused for a minute in reflection before pinpointing the one word that contains all of his hopes for this future Phoenix.

In the past we’ve made an argument for the essentialness of the central city in order to maximize the benefit of arts offerings, sports offerings, or to have a compact business community. Moving forward, the essentialness of downtown and the urbanized part of this valley and state is critically important from a sustainability perspective. It goes to the health of our planet.

Phoenix has so much potential. For Trevor and Violet, I want them to get a great education here, have the best recreational opportunities while they’re young, and the best after-school programs. I want them to go to college, maybe here, maybe elsewhere, but then come back to Phoenix and have a competitive career in any field they might want, that they can compare to opportunities in any other major city in America.

And oh, by the way, not just live there when they’re young, but actually raise their families in a place where they can still walk to work, take a short light rail or bus ride to work, or get on their bike and go to work. In the future, that’s going to be so much more the norm than it is today. Not just for all the fun that goes along with living in that urbanized environment, but because we really need to look at how cities form and develop from a sustainability point of view moving forward.

While we’re on the right track in downtown, the Mayor pointed out that there’s still a lot of work to do over the coming years. And in our rush to build a stronger downtown, we have to protect and preserve our history and incorporate the old with the new. He talked about recent projects in the pipeline, such as the re-purposing of the old Barrister Hotel into residential property. He emphasized that a key element to our success moving forward is to consider what it means to live in a neighborhood.

We’re going to have thousands and thousands of more people living in the urban heart of the city – both in in terms of new projects and in the re-purposing of existing buildings. Our challenge is that we must offer both the amenities and the quality of life that go along with a neighborhood.

If there’s one change of thought that is important, it’s a change in thinking about what downtown is. Previously, downtown was seen as a place where you went to work and then went home, or where you went to a ballgame or to one of our great art facilities, and then you went home. If we’re going to be successful, downtown has to be a neighborhood, and you have to have the amenities that go along with a neighborhood, like a grocery store or multiple grocery stores, that serve the downtown community.

For people who are going to live downtown and hopefully choose to raise their families here, they have to have confidence that our education system downtown is as good as you can find anywhere in the Valley. Also, is our street system set up so that the neighborhoods are walkable in downtown? Now, there are so many one-way streets because they are trying to service vehicles coming in and then going back out from downtown. That doesn’t make sense if it’s truly thought of as an urban, dense, livable neighborhood.

In addition to infrastructure improvements, such as the amenities he mentioned, and the reconfiguring of streets to serve the people who live here, Mayor Stanton spoke to the most essential element of a successful downtown, the people of Phoenix, including our next door neighbors in areas beyond downtown.

Our biggest challenge moving forward is the relationship that we have in areas south of downtown. First, the immediate south area, which is the warehouse district, and making sure that we take advantage of this moment in time…to get the right mix in the warehouse district and really create a true, vibrant district with business, residential and entertainment of various sorts.

And second, the big picture is our relationship with south Phoenix and South Mountain Village. To the city’s detriment, there’s a feeling that downtown almost turns its back on South Phoenix; that the front door to downtown is facing north and the back door is facing south. I believe that we have a unique opportunity when it comes to the light rail, particularly the light rail that’s going to go south on Central, to truly make downtown the center with two front doors – a front door south and a front door north and to make both of them equal. Not just the built environment – we’re working on that – but the feeling in the community.

Everyone must feel welcome in this downtown – not just artists, hipsters, and professionals who want to make it home, and not just the seniors who sell their three-bedroom home on the outskirts and move downtown to live the urban lifestyle.

At the core of his passion is the recognition that we need to make a conscious effort to welcome all of our neighbors to downtown. A welcoming downtown that serves all Phoenicians is essential to our sustainable, 21st century future.

I want to make sure that every single person, regardless of socio-economic status, regardless of race, religion, sexual orientation, immigration status feels comfortable in our city and, particularly, in our downtown. We have a ways to go on that, but it’s an important goal of mine to push our city in that direction.

As a community, we have accomplished amazing things in the last twenty years. Many individuals, institutions, publications, artists, teachers, business people, public stewards and rabble-rousers have sparked what we’ve seen come to life. Having all of the stakeholders at the table is propelling us into the highly adaptable and sustainable mindset that we, as a city, will need to navigate and thrive.

To keep the Conversations going, so to speak, DPJ will be talking with an even broader base of leaders in our greater downtown community and inviting guest writers to share their stories.