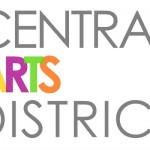 A group of Phoenix arts organizations coordinated their efforts and today officially launched the new Central Arts District. In a unanimous effort by the burgeoning art institutions located in the area between 7th Street and 7th Avenue, Roosevelt and Virginia Streets, leadership of these organizations envisioned the opportunity to distinguish the extraordinary concentration of arts in the new district and embrace the businesses within it. The formation of the Central Arts District will provide a platform for these esteemed arts institutions to continue their work with a higher visibility and collaborate with one another on progressing the arts and culture in Central Phoenix. With four of the State’s largest arts and cultural organizations within these borders and the recent investment of over $60 million in the neighborhood, the sheer concentration and impact of their presence in the community merits the creation of the new Central Arts District.

Vincent VanVleet, Managing Director of Phoenix Theatre and a chief contributor to the Central Arts District movement said, “We are infinitely excited to embrace this artistic core and more cohesively promote our neighborhood as the new Central Arts District to Phoenix’s citizens and patrons, tourists, and indeed the world. Great people reside in and visit great cultural cities. Phoenix is a thriving cultural city with an arts community in the midst of a rebirth. The Central Arts District collective represents an estimated 2,000 annual events and exhibits contributing to this arts renaissance in Phoenix.”

Ms. Leah Fregulia Roberts, Head of the Arizona School for the Arts, is especially excited about the opportunity this poses for her students. “Within the new Central Arts District, established arts organizations inspirit local arts and culture creating an exciting place to live, work, visit, play and most importantly, learn. It is an unparalleled experience for Arizona School for the Arts students to become embedded in the cultural life of our city.”

Edward Cook, Co-President of McCarthy Cook & Co., owners of Viad Corporate Center which is also home to the Playhouse in the Park added, “We are excited to embrace and support this extraordinary concentration of the cultural jewels of Phoenix with the creation of the new Central Arts District. In honor of this new district and our continued support for the arts, we are pleased to announce that Viad Corporate Center will soon be renamed Central Arts Plaza.” Gail Browne, Executive Director of The Phoenix Office of Arts and Culture added that “The City of Phoenix is pleased that so many arts and culture organizations have come together to create the Central Arts District. This coordinated effort will enhance the visibility of arts and culture groups that are thriving in this area. It will also stimulate further cultural development and foster synergies between arts and culture and other businesses. Moreover, this kind of place-making bolsters our collective sense of civic pride.“