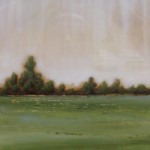 Every first Friday of each month from 6 to 10 p.m., take a self-guided tour of downtown Phoenix galleries, studios and art spaces during a reoccurring event called “First Fridays.” First Fridays is promoted by Artlink Phoenix, a local, nonprofit organization dedicated to bringing together artists, the public, and businesses for a greater understanding, appreciation, and promotion of the arts and the development of a strong and vital downtown Phoenix arts community. First Fridays offers a variety of artistic things to see, hear and experience. Additionally, the hotel and its restaurant, District American Kitchen and Wine Bar, feature an array of art throughout. District American Kitchen and Wine Bar embraces downtown Phoenix’s inherent energy and many local talents. Those who come to dine, or simply enjoy the atmosphere, are immersed in Phoenix’s art scene where local DJs and artists are featured on a rotating basis. The restaurant currently features installed work from well-known local artists Joshua Dean Wiley, Pablo Luna, Lalo Cota and Thomas “Breeze” Marcus, all who are active in supporting public art and/or the growing mural projects throughout the area.

Take time to explore the creative boutiques, vendors and festivities of First Fridays and stay downtown with this exclusive Art Package:

This package is based on availability for stays every First Friday through December 2014. To reserve your stay, call (866) 716-8134 and mentioned rate plan LUPKG1 or book online at: www.sheratonphoenixdowntown.com/art.