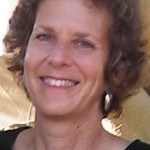 It hasn’t been too often in recent years that Phoenix has found itself being recognized on the global map for humanitarianism. It’s also not frequent that we downtowners are inclined to be supportive of our fellow compatriots leaving us, but when it’s someone that we know deserves an escape abroad like Cindy Gentry, we stand in full support.

If you know Cindy from the  Phoenix Public Market, have worked with her on one of her food access projects or through the state’s Farm to School program, asked her for some words of wisdom, or are simply a fan, then you know she is one of the hardest-working and most compassionate people this state has, and the international non-profit Slow Food has recognized her for that.

She, along with two other Phoenix food names we’re all familiar with, Pamela Hamilton of Edible Phoenix and Margaree Bigler of Devour Phoenix and Local First Arizona, have been accepted to attend Slow Food’s 2012 Salone del Gusto and Terra Madre five-day conference in Turin, Italy.  While anyone can attend, the three are provided places to stay, transportation, wonderful food and have the honor of representing Phoenix.

Because one is not always given the opportunity to jetset off to another country, the community rallied around Cindy to ensure that she was able to make the trip. A post on her Facebook stated, “Just a note to say how thankful I am to all of you for your extraordinary generosity! In your kindness you have given us enough funds to make it possible for both [her friend] Chip and I to attend the Terra Madre 2012 event, a trip of a lifetime. We will find many ways to pay it forward. I am and we are, truly grateful.”

And THAT is proof right there that the Phoenix community knows an inescapable opportunity when it sees one. After all Cindy has given for this city, it’s refreshing to see the locals rally around one of their own and recognition given where it is truly deserved.