Your Downtown Beer | A New Green Beer to Ponder 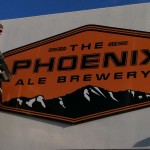 If you’ve been following Your Downtown Beer, then you know that this is not the place for traditional St Patrick’s Day beer drinking information. I doubt that anyone will have a difficult time finding an Irish Stout, Irish Whiskey or Corned Beef. There will also be green beer, which I urge you not to drink unless you contemplate that the drink was invented by a coroner in 1914.  St Patrick’s Day is an American fabrication. To that end, here are some ways to celebrate with a new kind of Green Beer – an environmentally green beer.

If we’re being forthright, brewing is not, on the face of it, a very environmentally green practice. According to the Great Lakes Water Conservation Workshop, it takes upwards of 40 pints of water to brew a pint of beer. When you factor in the water used to grow hops and malt, a pint of beer takes a whopping 317 pints. Take heart however. There are far more water resource intensive operations than brewing such as cattle ranching and citrus growing – two Arizona mainstays. An 8 ounce glass of OJ requires about 432 pints of water.

Sleepy Dog’s Red Rover is on tap at Copper Blues in CityScape and pours a deep amber. There is a characteristic caramel hint of sweetness that finishes with low bitterness and dryness. As an American touch, Sleepy Dog adds some chocolate and darker roast malts for a deeper color and distinct flavor.

Try an Organic Beer.
While I am not here to tell you that I can taste the difference between an organic beer and one that is not–I can’t and I am skeptical of anyone that says they can. I do think it’s important to acknowledge breweries that take the time to source their ingredients in a way that reduces impact on the soil and water. You can get three examples of organic beer at The Lost Leaf: Samuel Smiths Strawberry Ale,  Pinkus Pilsner and Deschutes Green Lakes Amber.

Visit a brewery on the light rail.
Phoenix is home to two rail-friendly breweries, but only Sun Up offers a Red and a full pub menu. Phoenix Ale Brewery has a food tuck schedule. Check their websites for more information.

Drink a Canned Beer from an Arizona Brewery
Santan, Four Peaks, Prescott, Lumberyard, Mudshark and Grand Canyon are Arizona breweries that offer beers in cans. Cans are lighter than their bottle counterparts by a factor of 8 to 1. Lighter cans mean a reduced carbon footprint.

Support a distributor that uses solar.
World Class Beverages is the fine beer arm of Crescent Crown Distribution. This year, Crescent crown installed 6,840 panels on the roof of the 240,000-square-foot building near Dysart Road and Sweetwater Avenue. They also have a number of hybrid trucks. Find the beers they distribute and where to buy them using their Beerspy.

Finally, do not drink a beer from a green bottle. You’re paying a premium for a product that is packaged in a bottle that will ensure that the hops will be skunked in just under a minute in the Arizona sun. Beer in brown bottles protect hops from UV rays whereas green bottles do not. A light-struck beer is often called “skunked” as UV rays interact with hops to create a chemical compound called mercaptan. Mercaptan is the active ingredient in a skunk’s defensive spray. Green bottles from Holland on St Pats are not traditional by any stretch. 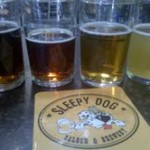 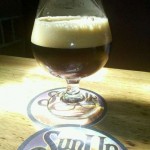 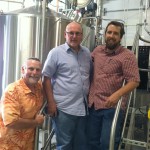 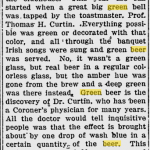 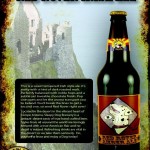