First Friday: The Debut of Fractal

Sure, every First Friday offers the opportunity to meander down a closed-off Roosevelt Street or watch naked people have their bodies painted in the back room of a gallery space off Grand Avenue. That’s all fine and good, but sometimes we need something a bit out of the ordinary during our beloved four-hour window of joy. For something different this First Friday, check out the preview event of Fractal, a collaborative space inside the Bragg’s Pie building.

So, what is Fractal? It’s a space and an idea formed by a collection of community-minded organizations — communitasPHX, Dojo Collective and MethodLab Media. There is no denying that Downtown Phoenix has long needed a space for co-working, collaboration, idea sharing, workshopping and presentation. Fractal aims to be that place. It’s positioning itself as “a home for the socially responsible creative class,” and we like the sound of that. In recent months, the Bragg’s Pie building has welcomed a diverse number of tenants — Sapna Café and Modern Cat among them — and Fractal will be a complementary piece to its jigsaw-like layout. 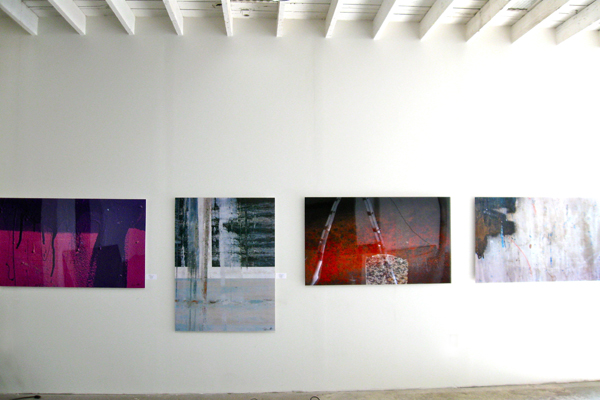 The space inside Bragg's Pie will allow for diverse presentation.

As an added bonus, networking group Phoenix Friday Night will host its Downtown Friday Night (@downtownfn or #DTFN on Twitter) get-together at Fractal as well, which always guarantees good socializing, Downtown exploration and more than a few laughs. As if that doesn’t sound totally rad already, it’s BYOB, so… it’ll be a really good time. To RSVP, hit up the Facebook.

Fractal is located at 1301 NW Grand Avenue in the Bragg’s Pie building.