First off, let it be known that I’m not a wino. Sure, I appreciate a good pinot noir now and again, but I couldn’t tell you the difference between a viognier and a zinfandel. Having said that, I’m learning to appreciate wine. Events like the Arizona Wine Growers Festival at the Farm are helping me reach that goal.

I wasn’t sure what to expect. Hundreds of wines, over a dozen wineries… from Arizona? I heard the lead singer of Tool has a vineyard near Jerome, but up until Saturday’s event, I had little knowledge of Arizona wine culture beyond that. Man, was I off base. What went down was a fantastic affair on one of the most beautiful days of the year in one of Phoenix’s prized locales, the Farm at South Mountain. What I realized is Arizona’s wine culture is not only budding, but also experiencing a grassroots explosion of sorts.

Yes, I tasted the 2008 Primer Paso from Verde Valley’s Caduceus Cellars, made famous when a few rock journalists traveled to the Arizona high country to check out Tool’s Maynard James Keenan’s personal vineyard. Caduceus was one of the few wineries that had rock concert-style t-shirts for sale (I should have known), but the wine was the true star here. Blood red with citrus and pine notes, it was hefty, but went down surprisingly smooth. It paired well with the hummus I snacked on from the Urban Grocery and Wine Bar.

Up next, Elgin’s Canelo Hills Vineyard 2007 Sangiovese. Wow, that’s a mouthful. Good thing it tasted delicious. The host told me this stuff goes well with Italian fare. It made me want some Chicken Parmesan, so they’re doing something right. It was bright and fruity, and much less intimidating than the previous taste.

The other star of the show? Local favorite Su Vino Winery out of Old Town Scottsdale. Yeah, it’s not so earthy there, but hey, these people make killer wines. The Ruby, the lone red at the table, was like sangria in a bottle, minus the floating fruit. Big, punchy bursts of fruity flavor in that sucker. And, though I usually don’t care for white wine, the Summer Rain (which, luckily, is available at the Urban Grocery), really fit the description of tasting like “a day by the pool.” It was like apple juice with an alcohol kick. Yes, it’s that dangerous. Beware.

As the pictures below attest, the event was masterfully organized, and the attendees really lucked out on the weather. What a perfect day to be outside enjoying a nice Gewurztraminer. Yes, I just said that. 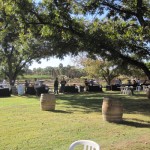 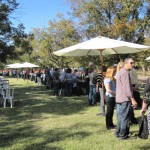 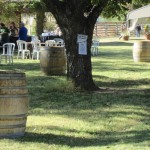 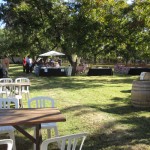 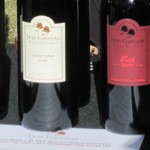 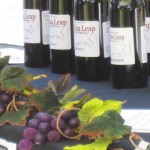 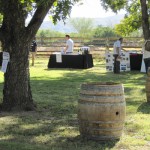 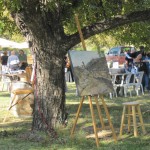 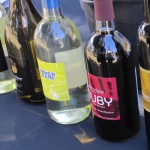 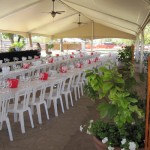 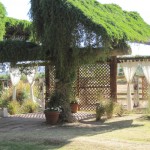