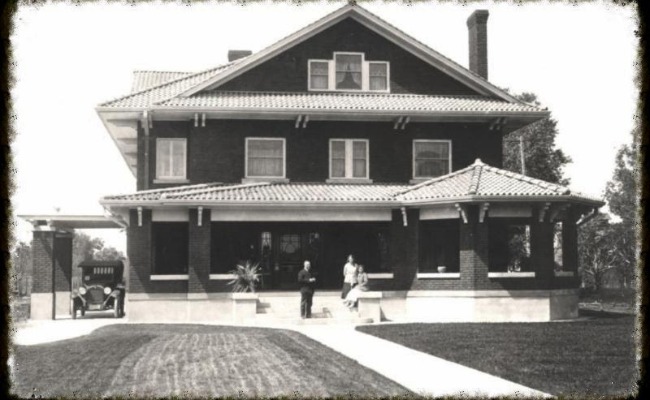 This coming Sunday, March 7, the historic home tour caravan moves to Uptown, for a glimpse of what life is like in Windsor Square.

One of the things that makes Downtown Phoenix interesting is the presence of several residential neighborhoods filled with homes built from the 1920s to the 1950s.

Here is an incredible mid-century modern home with a 4,600+-square-foot original floor plan including eight bedrooms and five baths.

Ashland Place is a very cool and quaint historic neighborhood near the Heard Museum. Your home would be just a few minutes’ walk to the light rail station at Encanto and Central.

The Encanto-Palmcroft neighborhood, with all of it’s old world charm and palm-tree lined streets, will be putting on their bi-annual Home Tour & Street Festival on Sunday, March 29th from 10 AM to 4 PM. The majority of the estate-like homes in this neighborhood were built in the 1920’s and 30’s, including Spanish Colonial homes and Tudor Revivals alhtough there are also a few classic Red Brick Ranch homes from the 50’s. Past neighbors of note in the Encanto-Palmcroft neighborhood have included US Supreme Court Justice, William Renquist, former Phoenix Suns star Alvan Adams, former Phoenix Mayor John Driggs and many more.

Historic Home Tours are always very interesting and a lot of fun. The upcoming Coronado Home Tour should be no exception. Coronado is one of the most intriguing Historic neighborhoods in the Downtown Phoenix area. In addition to some great restaurants in restored 1920’s buildings and other cool spaces, the neighborhood is home to a wide variety of 1920’s housing stock including brick bungalows, spanish style bungalows, little neighborhood store front buildings and old church buildings, converted into “loft like” spaces.

The Willo Historic District Annual Home Tour will take place on Sunday, February 8th, 2009 from 10 a.m. to 4 p.m. This unique neighborhood tour features outstanding examples of Tudor, Spanish, and Bungalow style homes dating from the 1920’s through the 1940’s.