Midtown Phoenix is known by a number of names, among them “Central Corridor,” but this financial district has been quietly growing for years. Home to notable landmarks such as Park Central Mall, St. Joseph’s Hospital, One Lexington condominiums, Steele Indian School Park and a growing array of businesses, residences, restaurants and hangouts, Midtown may not receive as much press as the city core does, but it thrives in its understated cool.

The light rail line flows seamlessly through the heart of the district, Central Avenue, running straight up the middle. The boundaries of this district differ depending on who you talk to, but the absolute core is at Central Avenue and Thomas Road, where banks, law offices, communications companies and more occupy the high-rise buildings.

It’s generally accepted that McDowell Road is the southern boundary of the area, thus encompassing the often-coined “Museum District” between McDowell and Thomas (home to the Heard Museum and Phoenix Art Museum). A few smaller historic districts, including Alvarado, Ashland Place, East Alvarado, La Hacienda and Los Olivos, are encompassed within this area. It’s often debated whether Indian School Road or the canal is the northernmost boundary — we’ll let you decide. 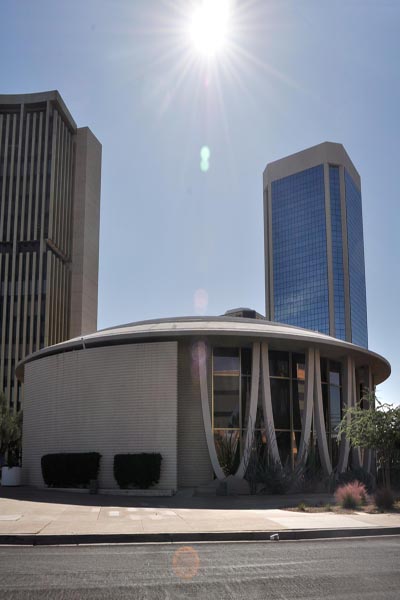