Though the area was founded in the 1860s, what is today’s Roosevelt district (spanning from McDowell to Fillmore streets, and Central to 7th avenues) was mostly developed from the 1890s to 1930s. Many of the properties still standing in the neighborhood today were built during this time. Development began along Central Avenue (then Center Street) to the north first (those properties have long since been replaced by retail, Trinity Cathedral, light rail and others) and slowly transitioned south toward Fillmore into the 1920s.

Present day Roosevelt is a mix of architectural influences, most notably the California and Craftsman bungalow and Period Revival styles. Roosevelt is home to a growing number of restaurants and storefronts and infill developments, but it remains one of Downtown Phoenix’s quieter, more coveted neighborhoods. 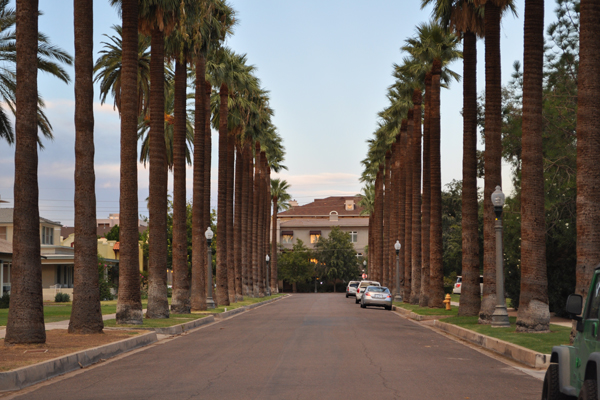