The true center of the city of Phoenix, the former Copper Square is home to many of the Valley’s most well-known spots. The Suns and Diamondbacks play here, Comerica Theatre (formerly the Dodge Theatre) and Symphony Hall provide the tunes, METRO light rail courses through, and the much-expanded Phoenix Convention Center shines in all its glory.

Many of the Valley’s biggest financial players and skyscrapers are located in this district, including the tallest building in the state (Chase Tower) and the biggest hotel in the state (the Sheraton, 1,000 rooms) and even some historic preservation (Heritage Square Park). The recently completed, mixed-use development CityScape combines office space, retail, restaurants and hotel rooms to be a further draw to this 90-square-block central business district.

Roughly stretching from Fillmore to Jackson streets, and 7th Street to 3rd Avenue, this centralized district is the home of the original Phoenix town site. In recent years, more than $4 billion in public and private sector development has been approved for the area, steadily making it a hot spot for retail, dining, urban living and entertainment.

For more information on Downtown, check out the Downtown Phoenix Partnership. 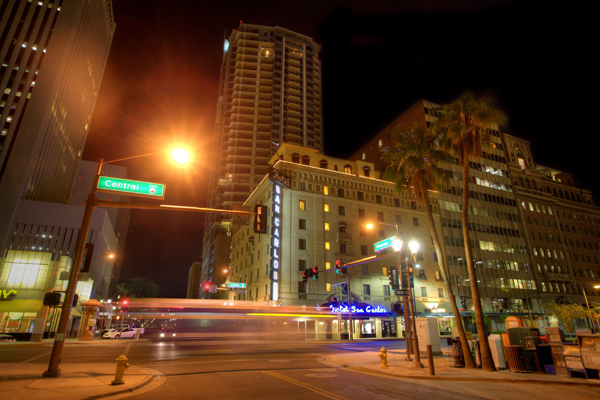