Though not officially designated until the late 1990s, Melrose on 7th refers specifically to the Central Phoenix stretch of 7th Avenue that travels through the historic Woodlea Melrose residential neighborhood, roughly between Indian School Road to the south, and Camelback Road to the north. Though pockets of residential and commercial development beyond those specific borders have adjoined the Melrose on 7th fold in recent years — in particular, businesses along 7th Avenue as far north as Missouri Avenue — that general 1-mile stretch of roadway essentially encapsulates the epicenter of this distinctive, linear Central Phoenix district.

Melrose on 7th contains a patchwork of residential and commercial infrastructure, some of which dates as far back as the 1940s. Though always an established neighborhood, it wasn’t until the past decade that the area truly began to solidify into the vibrant one it is — and is still becoming — today. Besides its quaint collections of single-family, post-war residences weaved throughout, Melrose on 7th has largely become known as a citywide epicenter for all things secondhand. From retro duds to mid-century furnishings and home accessories, the district has made a name for itself as a one-stop shopping destination for all things vintage.

Most recently, Melrose on 7th has also evolved to become a well-known hub for Phoenix’s growing LGBT community, being the location of not only numerous bars and nightclubs, but also being home to the region’s only dedicated community center, as well as its only community-friendly church.

For more information on 7th Avenue/Melrose, check out the Seventh Avenue Merchants Association and the Woodlea Melrose Neighborhood Association. 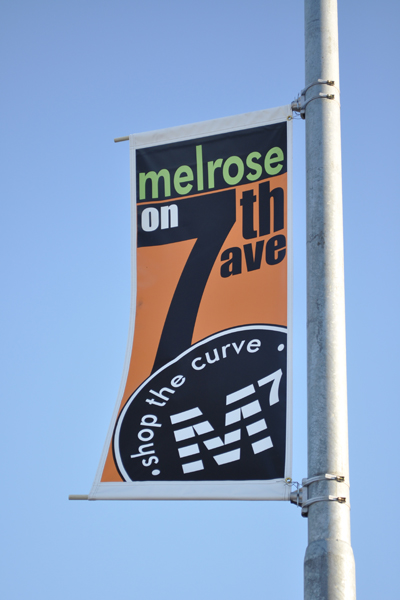