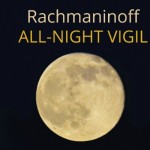 In its first week, the Phoenix Chorale‘s new recording with the Kansas City Chorale has received rave reviews and surpassed all expectations with several ‘firsts’ for the two choirs including the following:

This has all happened in just the first week — imagine where we might go from here! With that in mind, we hope you will help spread our news on social media and anywhere appropriate. Here are a few ways you can help: